Re-solving the Contest Between
Self Preservation and Spiritual Evolution 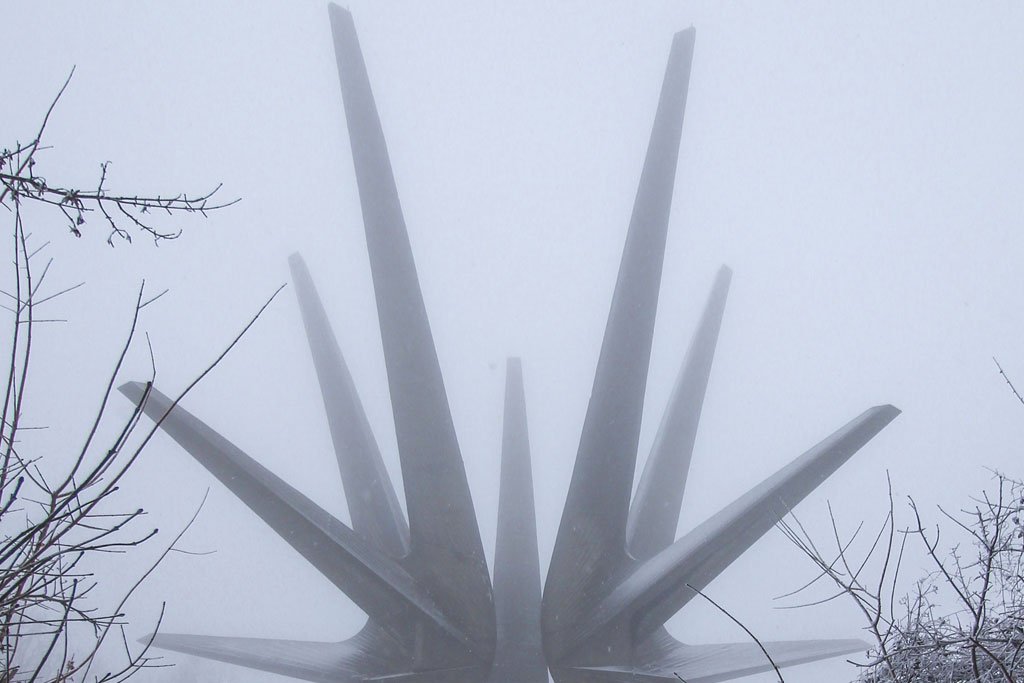 Human skulls house a brain which has distinctive parts, some dedicated to reptilian survival, and some (the pre-frontal cortex) apparently directed toward spiritual evolution. These two purposes can appear to be in conflict, and that conflict, or rather that illusion of conflict, seems to cause pain and suffering. Transformational NLP is a methodology for assisting creature self, or creature wiring, to more fully serve our human and spiritual goals.

Our creature brain (the reptilian brain found in the brain stem and hind brain plus its newer but still ancient cousin, the paleo-mammalian brain) is responsible for our fight, flight, or freeze instincts, and is mainly concerned with ensuring our physical survival.  This brain does not know or care about the quality of our experience, only that we survive it, whatever it happens to be.  Although it probably is not conscious in the human sense, and although it has no thoughts and lacks a speech center with which to voice anything, it can be said to be constantly asking only one question, “Are we dead yet?” If it finds that we have survived an experience, no matter how difficult, painful, or unrewarding, it will immediately code that experience as survivable, and therefore as part of its overall potential for survival. This critter brain operates to attract and stabilize the presence of that which threatens it, but which it has associated with survival.  It will then attract and re-create this situation for the rest or our lives.

For example, a child growing up in an abusive household might find his survival, his self-preservation, dependent on how well he can stay invisible, and he would then create a whole set of beliefs such as “I am worthless” in order to be as invisible as possible. Those beliefs will continue to run (out of conscious awareness) as that child becomes an adult and the reason for being invisible is long past. Since we are committed to maintaining the coherence and constancy of our beliefs (ordinarily a good thing as it prevents us from feeling and acting crazy), that person will unconsciously re-create conditions of abuse in his adult life to support the belief “I am worthless.” Thus we get the observable phenomenon that people who were physically abused as children often partner with abusive people as adults.

This is a survival pattern – an experience we learn to survive that becomes the condition upon which continued survival depends. Being invisible and believing “I am worthless” is coded as a   “success” for the parts of that person in charge of survival. The parts of ourselves that are in charge of survival do not know – or want to know – any other way. Believing “I am worthless” and remaining not visible worked so well for the child that when the question “Am I dead yet?” gets asked by the creature self, we can unequivocally state “No” and proceed to carry on running the survival pattern.

Our human self is generally out of rapport with this whole process. The human wants to experience love, joy, and belonging, not continue to experience the worst of the experiences it has ever learned to survive.

Our whole beautifully integrated system tends to default to the evolutionary wisdom of the creature self which is based on the question, “Are we dead yet?” If we’re not, then whatever that organism is experiencing is regarded as extremely workable. The human gets very much out of rapport with that process, and experiences suffering. There is an apparent conflict between the person’s instincts towards self-preservation and the drive towards personal development.

This situation begins to explain why people sabotage themselves. When they make wonderful changes in their lives, creature consciousness does not yet have this coded as survivable. It will seek to restore what it knows it can survive even if other parts of the self are out of rapport with that. The creature does not know that it is safe to endure happiness.

So we’ve got survival/self-preservation patterning that has an intended positive outcome (IPO) and this can feel like it’s in conflict with other parts of us that want to experience joy and harmony and growth. The first task of Transformational NLP is to understand that this is not actually a dilemma: We do not have to defeat or risk our self-preservation in order to learn and grow.

Many disciplines would ask us to overcome — to overpower — the creature self, in service of the human, in service of the learning and growing. If we could only defeat our instincts towards self-preservation we could be more alive and well. Unfortunately (or fortunately) for us, the self-preservation patterning has millions of years of evolution behind it and it basically says to us, “Just try it.” And when we try it, we generally fail or we create a mess, because if the so-called “problem” (which is actually a successful survival strategy) ceases to operate in context A where we’ve been working on overpowering it, it moves over to context W and re-erupts there.

How can we re-solve this dilemma? The underlying question of all successful change work has to be: “What is the intended positive outcome of all that unwanted patterning?” At the creature level it’s self-preservation, but there can also be other layers, for example involving love and belonging in the family system. By including the self-preservation instinct, explicitly including the intended positive outcome of survival while separating out the method by which that is being achieved, we can begin to work with (not “work through”) that patterning to create congruence between the different aspects of ourselves.

For lasting change to happen, our creature-self must be explicitly valued; it must not only be  respected, but that respect must be so palpable that this creature mind can register that it is safe, undamaged, and whole. (We should note that this is very far from the usual “peak performance coach” chatter about “destroying your lizard brain” and “murdering the monkey mind.”) We must allow our creature-self to make its contributions according to its programming, rather than trying to fight that programming or trying to force it to be a different operating system that produces different outcomes (experience) for us.  When we communicate respectfully with both our future-self and our more ancient self, allowing each to contribute on its own terms, we learn to effectively produce more of the experience we would like. We begin to teach the creature brain how to survive in conditions that also support those more “advanced” and “spiritual” aspects of our complex humanity.

To not get caught up in the illusions of conflict of this apparent dilemma, where self-preservation seems to conflict with personal and spiritual evolution, we humans must learn to not distort or improperly generalize our creature-level feeling signals. We all have some learning to do, so that our feelings are signals and communications rather than indications of low-ranking cosmic status or the traps set for us by a functionally evil ego.  Part of what we are all refining is the art of avoiding inappropriate self-preservation reactions. We really can learn to respectfully, and nearly instinctively, re-coordinate and choose the most useful combination of physically safe and spiritually beneficial choices.  In Transformational NLP we are getting the hang of this.